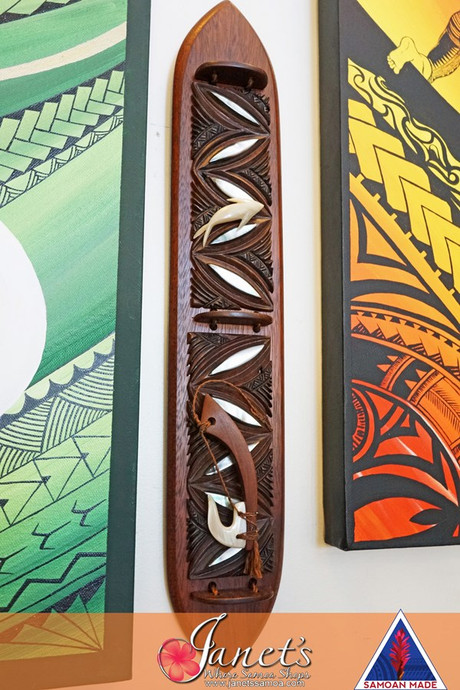 The Samoan alia and canoes of antiquity were so swift that European voyagers marvelled at botht ehir speed and handling ability in the oceans. These pieces of the “Ocean Hunt” Series represent the tool set that ancient Samoans and Pacific peoples used on their fishing voyages.

Here we see the traditional hooks used to net food stock from the Ocean.

Though seemingly simplistic by today’s standards, we must marvel at their ingenuity, their self-belief and their deep understanding of the Pacific environment that allowed them to survive for millennia.