THE MAN FROM LAGO SAVAII DKP90 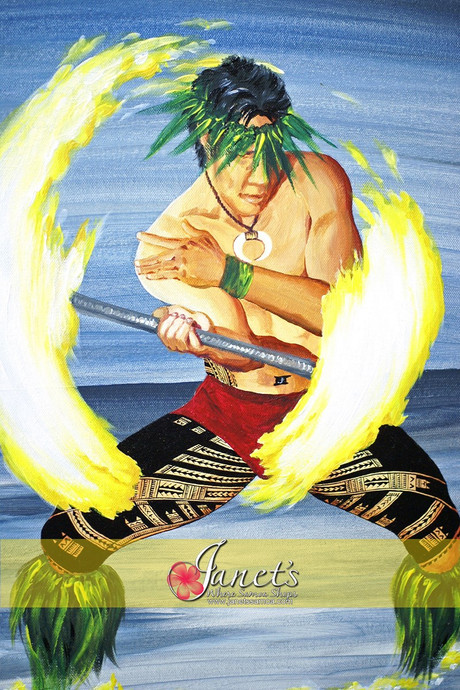 My Grandmother’s family comes from Lago in Savaii. I remember an uncle telling me long ago of an Ailao-Afi (Fire Knife Dancer) from a village near Lago who he had seen perform when he was younger. The Knife Dancer was the greatest he had ever seen.

His lines of movement, coordination, speed and power were unlike anything he would ever see again. What made this man unique was that he was blind in his left eye.

A great many years later my uncle saw the man again in a South Sydney shopping mall where he had settled. He marvelled at how humble the man was when he approached him; how gentle his movements seemed.

But my uncle ended “I could still see the fire burning in his eye, the fierce spirit that time could not bend”.