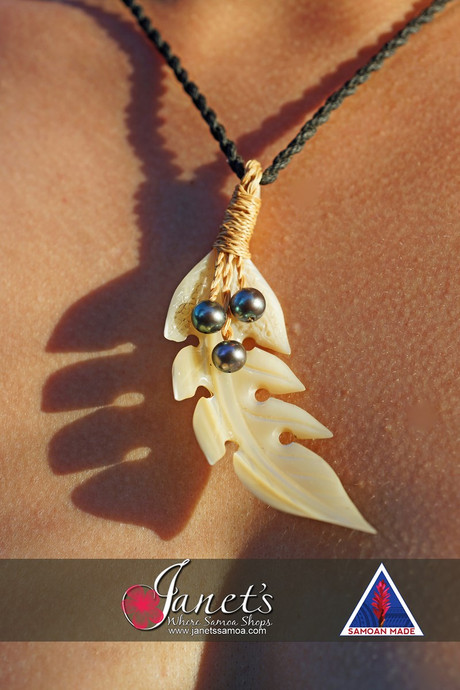 Like the coconut tree, The Breadfruit tree was one of the most utilised trees by ancient Pacific Peoples. It remains a staple part of the Pacific Diet and many can be seen growing everywhere in the Islands.

Janet’s is using Golden Trochus Shell in was never before seen in the Pacific. Shells were the traditional hooks in ancient times and the skill needed to carve an effective hook was prized as it often meant the difference between life and death in hunting food.

Pacific Modern and unique yet still rooted in the Samoan design motifs and forms. ONLY AVAILABLE fo JANETSSAMOA.COM